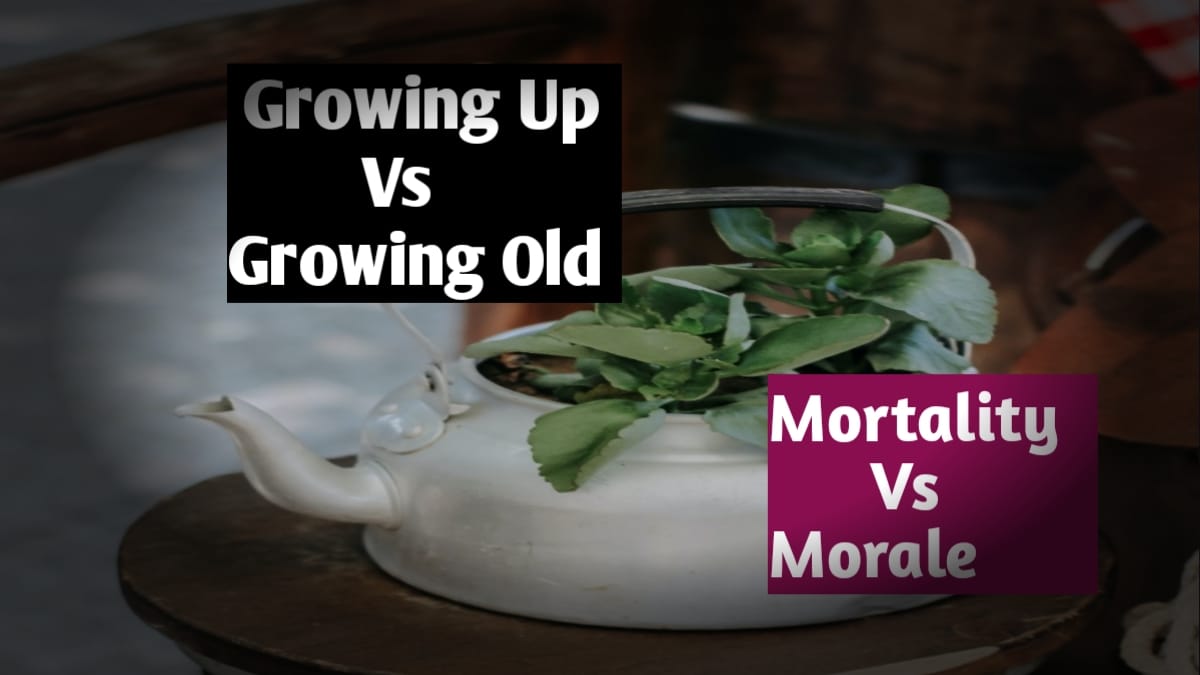 Growing up vs Growing Old & Morality vs Morale

“Stop with these immature acts!!” yelled mom, as I lay on what was the notion of a couch.Our house has not seen an actual sofa since 2003 (Might use that one to depict hustle while ‘keeping it reel’)

Thanks to the apprehension of my parents, courtesy termites.

Every bone in my body aching,each ounce of alacrity turning sweat,whoever said the body is a temple,mine would  render him an atheist .Adjacent to the pseudo couch/compilation of mattresses

Was a large cupboard with mirrors instilled.Often I had failed to recognize the man in the mirror,it was hard to comprehend how a blindly focussed,purposeful optimist had turned into this realistic futilitarian.

I believe that people peak once in this lifetime and spend the rest either coping or compensating for it.

Maybe that’s what is up with me?

Prying to be the guy I used to be and becoming a stranger to myself,in the process.

“When you’ve never been moved,

It’s really hard to move on”

I was tripping and grinning to smile by eyedea and ablilities.I took stroll running a few household errands in the process,today my life went a whole circle, once again I had set  on the path of philanthropy to seek new friends and had thereby co-written a horrendous anecdote

Am I too old for this shit,should I stop with all the antics and hardwork and let the stream carry me to some place serene and placid

or should I stick to the principle of

“Burn out rather then fade away”

he certainly prefers Will over Guilt,

(U know what I mean) but can this

Statement have any attestation on psychological or philosophical grounds??

I’ve a friend or let’s call him a colleague which in either case he was barely.His name is john Janardan,wannabe silver tounged,resourceful in a very rudimentary way and a soul sucker like the grim reaper’s vacuum cleaner,a baby faced guy who is all but innocent and will never take initiative or responsibility

But despite his morbid nature the guy has managed to work his way up the ladder of corporations,

all due to his hardwork and so called morale

But does it make him a great person?

A successful prude who only abides by rules

An immoral man will get the work done with the right morale,

But a moral man will have to conform which is exactly what keeps people subservient,

They say two kinds of people exist one eat better one sleep better,

One should also consider insomnia of an empty stomach